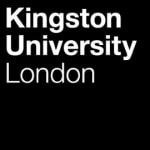 Faculty of Science, Engineering and Computing

The availability of rapid genome sequencing had generated an explosion of bacterial genome sequence data, much of which has not been fully explored and investigated. Using computer-based genome sequence data analysis, bioinformatics, and comparative genomic investigations, the genome sequence data available for the human pathogens Neisseria gonorrhoeae, cause of the sexually transmitted disease gonorrhoea, and Neisseria meningitidis, cause of meningococcal meningitis and septicaemia, will be compared to non-pathogenic Neisseria spp. The bacteria within this genus are closely related and naturally competent for transformation, meaning that horizontal gene transfer between them is possible and has been observed in previous research studies.

Based on previous genomic research into the Neisseria species genome sequences, this project will explore the diversity and variation in gene presence across the genus. Genes with likely roles in virulence and within host survival will be explored in detail, with the aim of understanding their presence in the context of the rest of the genome and whether they are potential targets for antimicrobial interventions. In addition, non-coding genetic features that influence the expression of genes will be comparatively assessed and investigated as potential targets for pharmaceutical control of virulence. During the PhD, existing genome sequence data will be re-annotated and analysed and new data will be generated, assembled, annotated, and analysed. Shared features in the core genome will be used to show phylogenetic relationships, against which accessory genome features present in only a few datasets can be better understood.

This is a self funded project, there is no funding attached to it.

To apply for this PhD, please use the following application link: https://www.kingston.ac.uk/faculties/science-engineering-and-computing/research/research-degrees/