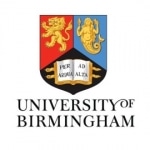 There is intense interest in identifying the genes that predispose to the development of atherosclerosis. We recently carried out an expression analysis of human tissue using microarrays that identified several candidate genes. Generating knockout mice and crossing them to apoE knockout mice followed by placing the double knockout mice on a high fat diet confirmed that at least two of the genes strongly promote atherosclerosis. The aim of this project is to examine whether blocking of these genes using several molecular approaches can prevent development of the atherosclerotic plaques in mice.

That our novel genes are major promoters of atherosclerosis and that blocking their activity can prevent the development of plaques in ApoE knockout mice.

Experimental Methods to be learned in the project:

Further validation of the pro-atherogenic role of the new genes

We will examine atherosclerotic lesions in total aortas for increased contractile VSMC markers in the tissues of the knockout mice by immunohistochemistry and gene expression array (Agilent) to understand the mechanism by which these genes promote atherosclerosis. These studies will be complemented by analysis of human atherosclerotic plaque tissue.

We will examine atherosclerosis in a second in house complementary animal model involving implantation of a shear stress modifying cast around the carotid artery to generate atherosclerotic lesions in the carotid artery by modification of blood flow and shear stress. Lesions will be examined for expression of contractile and leukocyte (e.g. CD68, macrophage) markers by immunohistochemistry, FACS analysis and gene expression arrays (Agilent).

We will identify the critical regions of interaction between our genes and their receptors by protein expression of fragments and Far Western analysis. Studies will be backed up by immunoprecipitation, FACS analysis and BiaCore studies. Finally, we will edit out the critical receptor binding regions of the genes using CRISPR in mice and back cross these genetically modified mice with the ApoE knockout mice.

Does disruption of the gene- cognate ligand interaction block atherosclerosis:

1. Antibodies. We will first test in simple models of acute inflammation such as peritonitis, for example, leukocyte recruitment (neutrophils and monocytes) following challenge with zymosan. We have developed and characterised antibodies that block the interaction between our genes and their cognate receptors. Preliminary evidence suggests that one particular antibody blocks plaque formation (Bicknell, Rainger et al. unpublished). Antibodies are available for the other genes and these will be screened for blocking activity first and if so then biological activity after.

2. Peptide antagonists. The peptide corresponding to the binding region of the ligand has been shown to block angiogenesis in vivo and will be studied in the athero-prone mice. Biologically active peptides can be used as models to develop drugs and this will be carried out with experts in the Pharmacy Department of the Medical School.

3. Vaccination. We have shown that powerful vaccination strategies can break tolerance to our genes and we plan to study this further in terms of vaccine composition and adjuvants to maximise the immune response. These studies could ultimately lead to a long term therapy for people pre-disposed to atherosclerosis.

There are at least two opportunities for high impact publications arising from this work. The end stage data here would be to show that vaccination against our genes protects from plaque formation.

This is a self funded project.

To apply, please complete the application form via the following: Apply Now

To apply for this PhD, please use the following application link: https://www.birmingham.ac.uk/schools/mds-graduate-school/scholarships/mrc-impact/index.aspx