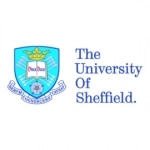 Department of Civil and Structural Engineering

This project will investigate the effect of changes in cross-sectional shape and unsteady flows on the longitudinal mixing in 1D engineered water systems. It will aim to relate the mechanisms of energy loss to mixing to improve current predictive numerical models of engineered systems.

The project could focus on:

1) a pipe system where controlled laboratory studies will be designed to isolate individual effects on mixing within full pipes and undertaken on an existing research rig. For transitional turbulent and unsteady flows, the effect of intermittent turbulent bursts, influencing radial mixing and longitudinal dispersion, will be measured. The introduction of well-defined pipe features, changes in cross-sectional area and T-junctions, will permit an investigation to quantify the mixing processes. This will provide essential, fundamental high-quality data to describe the contact time of particles with pipe boundary biofilms and define the duration required for a pollutant to develop equilibrium, well-mixed conditions.

2) components within urban drainage systems which are characterised by combinations of rapid changes in cross-sectional area and/or multiple inlets/multiple outflows (MIMO), governing the hydrodynamics and mixing. In urban drainage systems these are at network nodes, manholes, or at other structures, such as separators, tanks or overflows. This study will consider the effects of jet expansion, together with mixing at MIMOs: manhole junctions, with overflow and for combined sewer overflows. These tests will be performed on a self-contained urban flows rig at the University of Sheffield, which has computer controlled flow rates, allowing the creation of predefined hydrographs. It will be further developed to support other urban drainage structures with multiple inlets and outlets. Measurements will be made using Particle Image Velocimetry (PIV) and Laser Induced Fluorometry (LIF) for tracer concentrations simultaneously at two locations.

This project is to be self-funded.

For information on the application process, please refer to the How to Apply webpage.

To apply for this PhD, please use the following application link: https://www.sheffield.ac.uk/postgraduate/phd/apply/applying