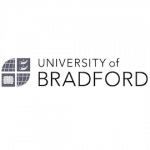 Faculty of Engineering and Informatics

Wearable health device such as exoskeleton becomes a popular research topic with huge marketing potentials. The wearable health device can be widely for monitoring the health condition or as a tool for rehabilitation engineering. Meanwhile, the wearable device uses the local data only which meets the confidential requirement. However, the limited data would mislead the result of the performance which is the potential risk for this type of product.

Most of the existing exoskeleton designs focus on the sensor-based local control design such as a typical robotic system. The problem is that the feelings of the patient have been ignored. To enhance the accuracy performance of the device, the interaction between the patient and the wearable device should be described.

The more information we use, the better performance we can expect. Besides the local sensing data, the EEG data can be collected and used as the compensation of the existing design since the emotions and feelings are governed by human brain. Motivated by brain-computer interface (BCI), the additional information resource can be characterised to enhance the performance of the wearable device.

Following the EEG signal combination, the multi-model has been established. In particular, the sensor data is from the local device model and the EEG model is from BCI. How to achieve the data fusion with different model with different scales would be the main challenge of this project. In particular, processing EEG data is difficult due to the measurement noises. The uncertainties of the EEG model are also problems affecting the accuracy of the data-based analysis.

To solve the problem, this project will adopt AI and the stochastic distribution optimisation methods to enhance the performance of the device. In particular, the collected EEG data will be processed by feature identification based on AI technologies. Then the whole system can be considered as a closed-loop system considering the EEG signal as the additional feedback while the stochastic distribution shaping can optimise the device design where the uncertainties of the EEG signal have been included into the system design.

The following 3-year schedule has been made for completing the project as a PhD research programme. In year one, the literature reviews for the existing EEG data fusion methods will be done and the local control for the device should be achieved. The novel AI framework considering the uncertainties and randomness will be developed in the second year in order to achieve the feature extraction and performance enhancement in the second year. In the third year, the methods should be validated and the experimental results will be obtained where the device can be developed using 3D printing.

This project is based on the collaboration with University of Leeds. The experimental data will be supplied by Leeds group and the system hardware development including 3D printing should be partly completed by Leeds group.

This is a self-funded project.

To apply for this PhD, please use the following application link: https://evision.brad.ac.uk/urd/sits.urd/run/siw_ipp_lgn.login?process=siw_ipp_app&code1=WEBAPP&code2=0012