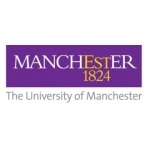 Department of Earth and Environmental Sciences

Ice and mixed phase clouds have important effects in the atmosphere, via interactions with incoming solar radiation and outgoing terrestrial radiation, and generation of precipitation which impacts on the surface. Primary ice formation occurs when ice forms due to the direct deposition of water from the gas to solid phase, or when liquid water freezes. Primary ice formation is mediated by aerosols which may, depending on their chemical composition, facilitate condensation, deposition, and freezing.

In-situ observations from research aircraft routinely highlight major discrepancies between the anticipated number density of ice particles in clouds versus that measured. These discrepancies have been reported for over 3 decades and have been the subject of much debate. Several theories have been developed to attempt to explain these discrepancies using a variety of ambient datasets and laboratory studies. These theories, which typically involve particle collisions or freezing processes, act to increase the number of ice particle in clouds via fragmentation processes and are termed ice-multiplication processes, or secondary ice processes. Theories to explain secondary ice theories are highly uncertain, poorly quantified (if at all), and unverified by observations due to the difficulty of direct observation. Various studies which have attempted to assess the importance of these processes, despite the underlying uncertainty, show that there is large scope for impact of secondary ice on cloud evolution, precipitation formation, and lightning generation.

We propose a project to address the longstanding issue of secondary ice. The foundations for this project are based on the use of a new high-resolution digital holographic microscope. This system provides the ability to provide high magnification imagery for entire 3-D volumes at high temporal resolution. When coupled with complementary apparatus, including the 10m Manchester Ice Cloud Chamber (MICC), we will recreate and observe key microphysical processes and properties to quantify secondary ice processes. The results of these laboratory experiments will be implemented in a series of numerical models to assess the impact of these processes on cloud properties, cloud lifetime, and precipitation formation.

This is a self funded project.

To apply for this PhD, please use the following application link: https://www.manchester.ac.uk/study/postgraduate-research/admissions/