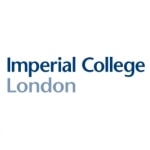 Imperial College London is consistently ranked amongst the best universities in the world and forms part of the ‘Golden Triangle’ of six elite British universities, which also include Oxford and Cambridge. Imperial is traditionally known for world-class science, engineering and medicine programmes, although more recently the Imperial College Business School and Humanities department have gained high regard.

Imperial College London is part of the prestigious Russell Group and is ranked the 4th best university in the UK by the latest Times Good University Guide. It is regularly ranked as one of the ten best universities in the world (QS World Rankings) and groundbreaking work and cutting edge research is consistently performed at the University, with 14 Nobel Prizes and 81 Fellowships from the Medical Sciences being awarded in the past.