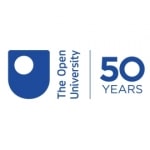 The Open University (OU) is a public research university and the largest university in the UK for undergraduate education. Most of the OU’s undergraduate students are based in the United Kingdom and principally study off-campus; many of its courses (both undergraduate and postgraduate) can also be studied anywhere in the world. There are also a number of full-time postgraduate research students based on the 48-hectare university campus in Milton Keynes, where they use the OU facilities for research, and over 1,000 members of academic and research staff and over 2,500 administrative, operational and support staff.

The OU was established in 1969 and awards undergraduate and postgraduate degrees, as well as non-degree qualifications such as diplomas and certificates or continuing education units.

With over 174,000 students enrolled, including around 31% of new undergraduates aged under 25 and more than 7,400 overseas students, it is the largest academic institution in the United Kingdom (and one of the largest in Europe) by student number and qualifies as one of the world’s largest universities. Since it was founded, more than 2 million students have studied its courses. It was rated top university in England and Wales for student satisfaction in 2005, 2006 and 2012 United Kingdom government national student satisfaction survey, and second in the 2007 survey. Out of 132 universities and colleges, the OU was ranked 43rd (second quartile) in the Times Higher Education Table of Excellence in 2008, between the University of Reading and University of the Arts London; it was rated highly in Design, Art History, English, Earth and Environmental Sciences, Computer Science, Development Studies, Social Policy and Social Work and Sociology. It was ranked 36th in the country and 498th in the world by the Center for World University Rankings in 2018.