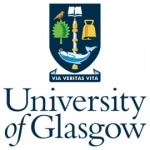 Throughout its history Glasgow has created six Nobel laureates, one Prime Minister, Scotland’s inaugural First Minister and the country’s first female medical graduates. 96% of the University of Glasgow research-active staff are in areas which have been independently assessed as producing research of international importance.