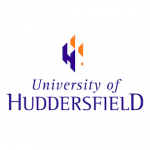 The University of Huddersfield can trace its roots back to 1825 and is a founding member of the Northern Consortium and a member of the Yorkshire Universities. It is situated on a single campus just outside the city in the north of England.

Over 18,000 students choose to study at Huddersfield and the University have an impressive record of graduate employment, with 94% of undergraduates and 93% of postgraduates in work or further study six months after graduating. 2,000 students every year also go on work placements.