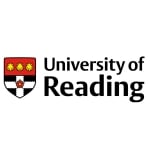 The University of Reading is a public research university in Reading, Berkshire, United Kingdom. The University was established in 1892 as University College, Reading and received its Royal Charter in 1926. It is based on several campuses in, and around, the town of Reading.

The University has a long tradition of research, education and training at a local, national and international level. It offers traditional degrees alongside less usual and other vocationally relevant ones. It was awarded the Queen’s Anniversary Prize for Higher and Further Education in 1998, 2005, 2009, and again in 2011. It is one of the ten most research-intensive universities in the UK and ranked in the top 1% of universities in the world by THE TIMES.