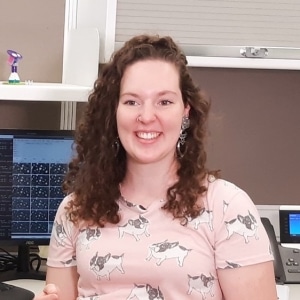 Tell us a bit about yourself – what stage of your PhD are you in and what’s your project about?

I am a second year PhD student based in Perth, Western Australia (WA) at the International Centre for Radio Astronomy Research (ICRAR). Originally I am from Sydney and I moved over here to work with the Murchison Widefield Array, a world leading telescope based in WA.

My current research is monitoring and studying a population of active galactic nucelei (AGN) which are supermassive black holes at the centres of distant galaxies. This research has already found many of these black holes show variability which breaks all our current models of galactic evolution. I am particularly interested in the ‘baby’ supermassive black holes which are far smaller than typical AGN. There has been a longstanding debate whether these baby black holes are smaller because they haven’t yet had enough time to grow to the same size as other AGN or if there is a dense cloud surrounding them preventing them from growing. My PhD aims to answer this question.

I am also a proud advocate and activist for women in STEM and work on a campaign, #IncludeHer, to increase the representation of women in high school science courses around Australia. 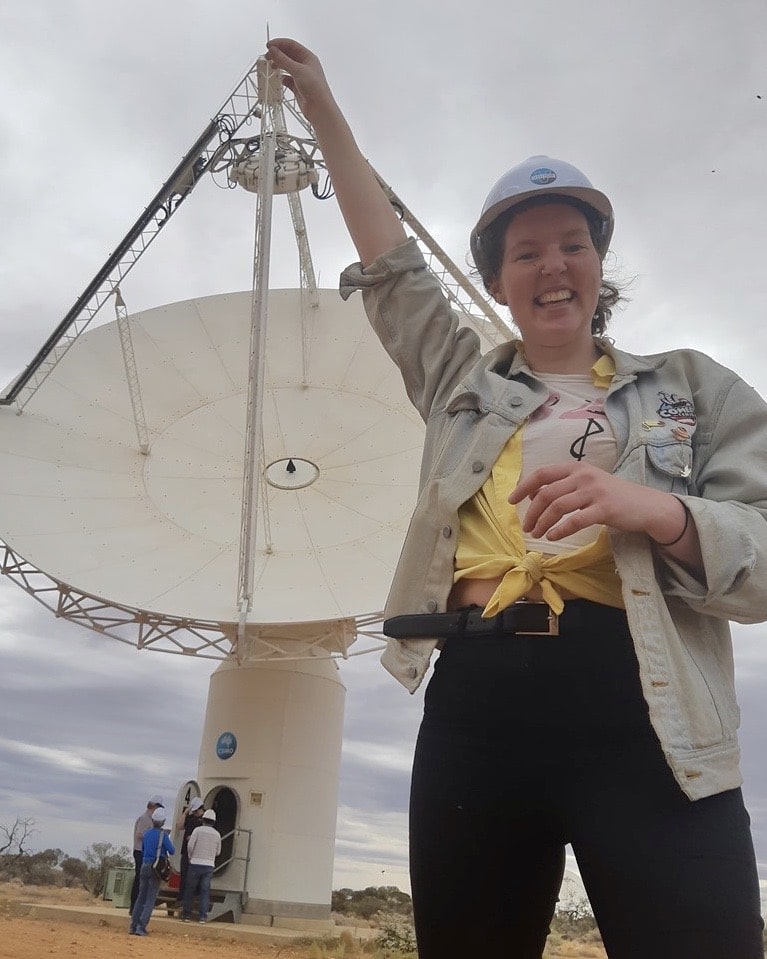 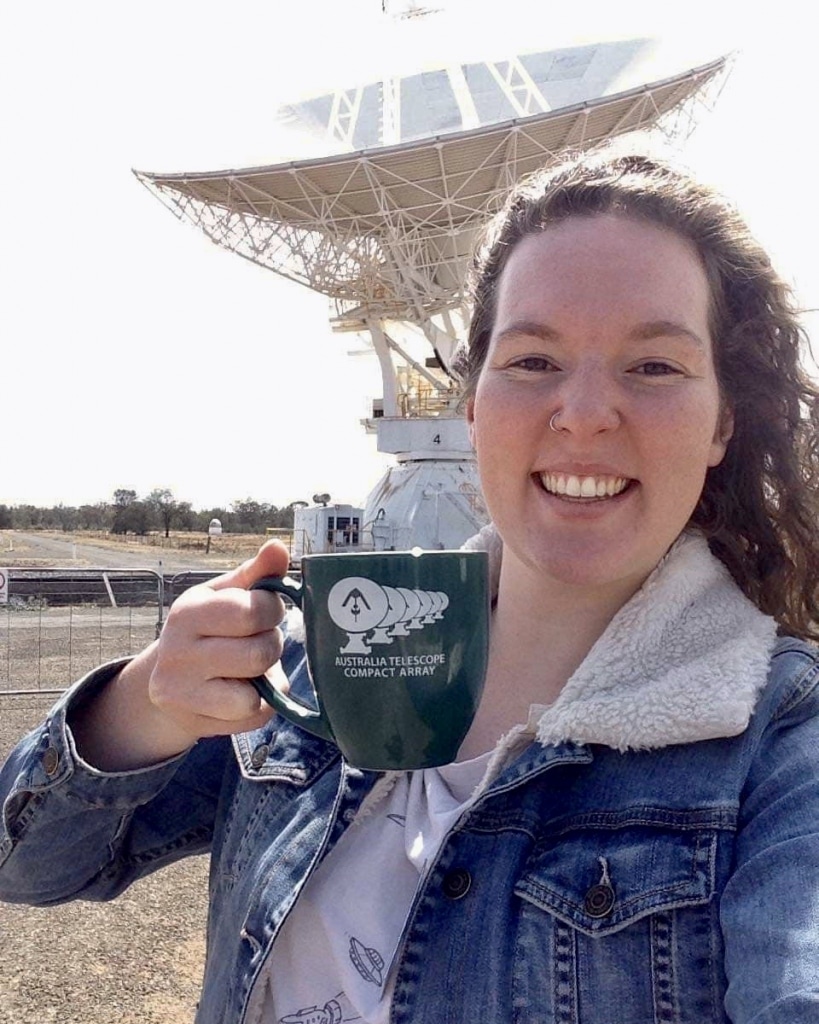 What does a typical day or week look like for you?

Most of my time is spent battling with code trying to convert the raw data from telescopes to usable images which I can extract science from. This involves a large amount of coding and processing on supercomputers to work through the vast amounts of data collected by the telescopes I use.
Some weeks I also stay up all night observing with the telescopes and make sure they are performing well and collecting the data while keeping an eye out for storms and bad weather.
I also spend a lot of time brainstorming solutions. The variability I have found in my project doesn’t fit with our current models of galactic evolution. As a result, a large part of my project is trying to explain my results using the laws of physics and trying to understand how they fit into our understanding of the Universe as a whole.

What’s one thing that you’ve enjoyed the most during your PhD?
The data! There’s really something special about starting a project, using a telescope to observe your astronomical object and being the first person in the universe to look at that data. It doesn’t get old no matter how many galaxies I look at! 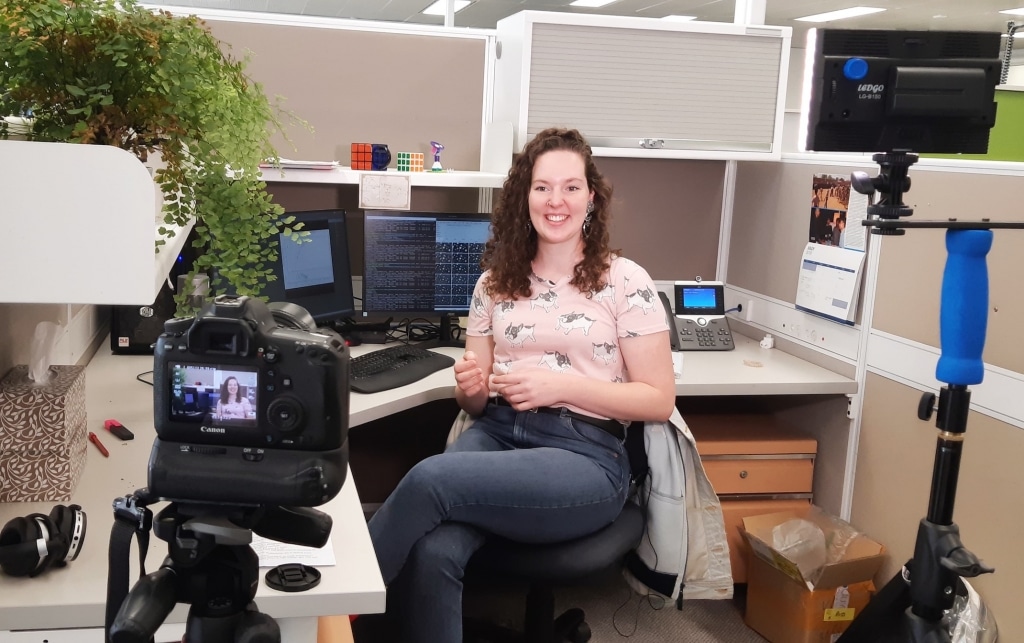 What’s been the most challenging part of it?
Probably the data also. Unfortunately, radio data is incredibly complex and there’s usually so much of it. Trying to manipulate and work through the huge amounts of data we collect and get meaningful science is not trivial. Not to mention, the specific survey I am conducting hasn’t been possible until recently with developments of new telescopes. This means that a lot of the statistics we need to interpret the data aren’t around. I spent a lot of times staring at a whiteboard of equations trying to see if anything would work for my project.
Where do you see yourself 5 years after completing your PhD?
It’s difficult to know when science can change so quickly. I would absolutely love to be working on performing another large scale variability survey and (hopefully) getting some really cool science from it. But I also really enjoy science communication and outreach. Ideally, in the 5 years after my PhD I want to be in a position where I can combine those two passions, working on science research but also having science communication being recognised as an important part of that job. Too often science communication is seen as an extra that scientists must volunteer to do and it can take away time to devote to their science. I would love to be in a position that not only recognises that work, but celebrates it.
What’s one piece of advice that you’d offer students that are thinking of doing a PhD?
Make sure you choose a supervisor and environment that you’re excited to be a part of! Often projects will change and develop and more information comes in or you discover interesting things to pursue. Choosing a work environment that is welcoming and has a culture that you like is incredibly important. I found I could learn to love any project but having the support I needed to be able to complete that project has been really vital. 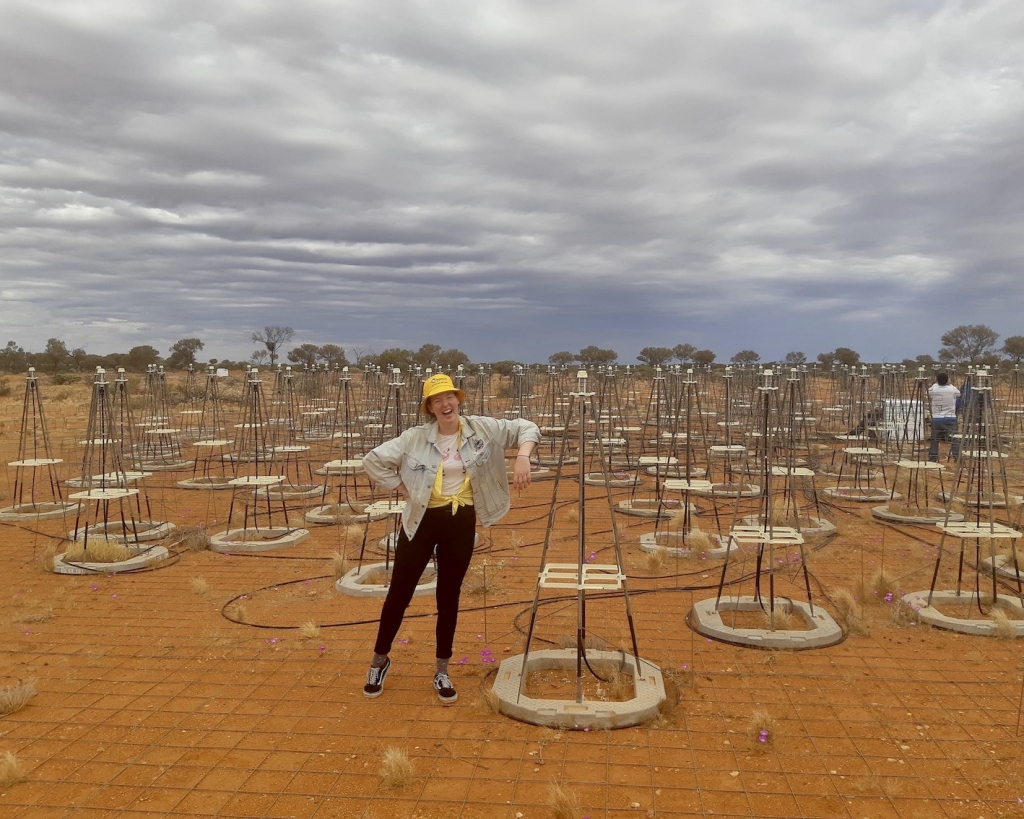 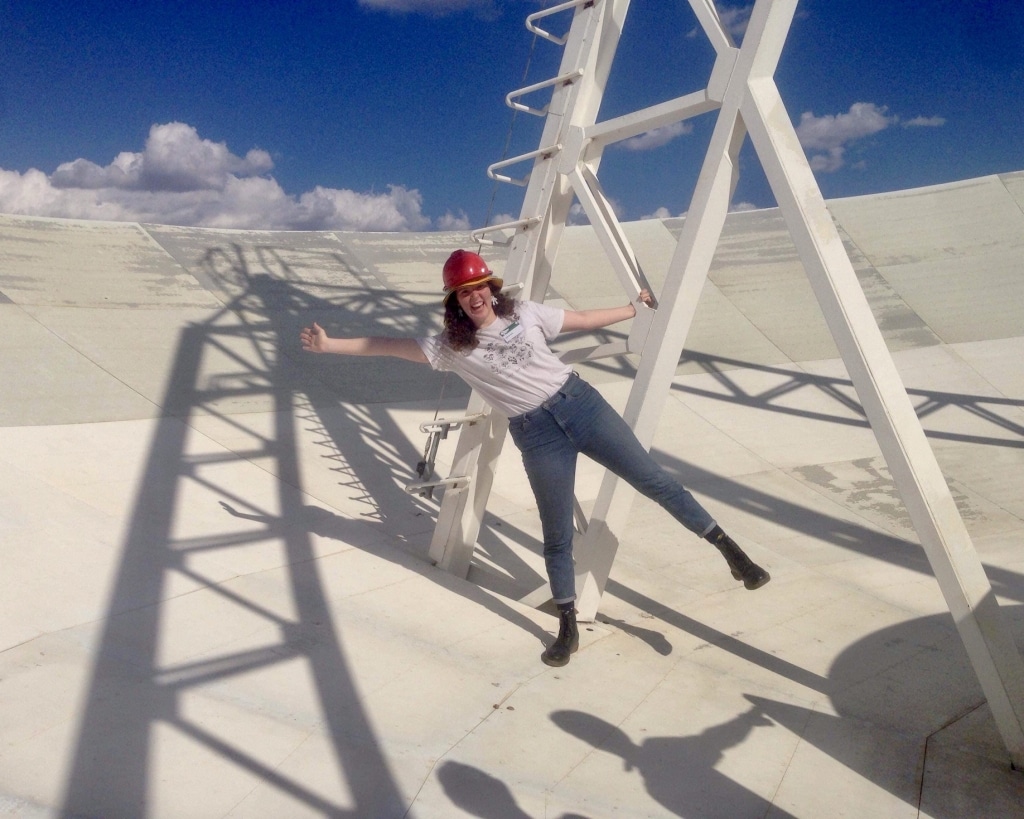 What makes your university a good place to study?

Curtin University (and in particular ICRAR) has a really great collaborative nature. There are so many people with ranging expertise that its so easy to find someone to help you out with any problem. I moved here from Sydney and knew nobody but have been really welcomed into the group. It has made my project more enjoyable to be surrounded by supportive people who are genuinely interested in the science and research happening in the organisation. And since everyone really loves hearing about the science it creates a great environment producing some really groundbreaking research.

What do you enjoy doing in your free time?

I am a proud advocate and activist for Women In STEM and most of my spare time is spent running a national campaign around this. In Australia, high school science courses are incredibly biased against women in the scientists they mention. Students are provided with a plethora of male scientists used as examples, or to learn their contributions to science while women are excluded and overlooked often entirely. I started the #IncludeHer movement to correct these high school courses to include more women in science courses in the places where they actually belong. It also aims to address the Australia science curriculum as a whole to be more inclusive of women and create a holistic and accurate representation of scientists. 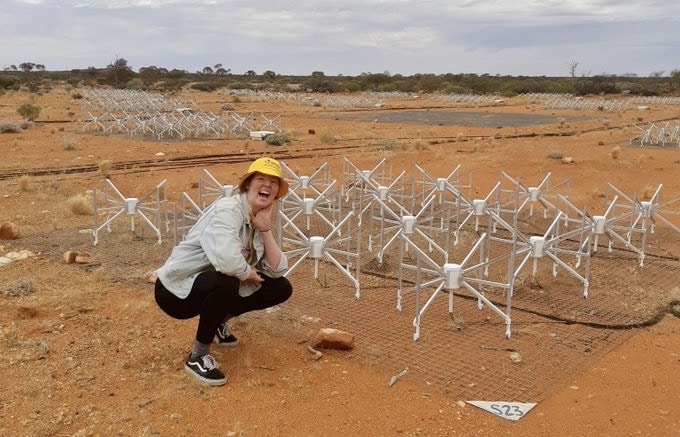 Thanks Kat! How can our readers learn more and get in touch with you?

If you’re interested in my research or campaign send me a message! I love to chat about all my work, especially to aspiring fellow students!

A summary of all links is below: