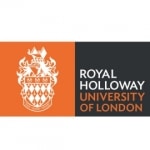 The long-established RHUL ATLAS group is renowned for its expertise in physics (Higgs, top quark and exotic signatures involving electrons), statistical methods as well as trigger and data acquisition systems. The group is also heavily involved in the upcoming upgrades of the detector in view of the High-Luminosity running of the LHC.

The successful candidate will make use of the 14 TeV collisions dataset, collected during the LHC Run 3, to investigate the production of Higgs bosons in association with top quarks. The analysis will focus on the Higgs boson decay to a pair of b quarks and the combination with other possible Higgs decays will also be performed. This Higgs channel is crucial for measuring the strength of the coupling between the Higgs boson and the top quark, thereby testing the consistency of the Standard Model. Using the full LHC Run 3 dataset will allow much-increased precision of such tests and could point to signs of physics beyond the Standard Model.

In addition, PhD students in the RHUL ATLAS group contribute to the development of the ATLAS trigger system, as well as to the operation of the ATLAS detector at CERN.

The funding normally comes with the possibility for Long Term Attachment funds to work at CERN for up to 18 months during the PhD.

To apply for this PhD, please use the following application link: https://www.royalholloway.ac.uk/studying-here/applying/research-degrees/how-to-apply/